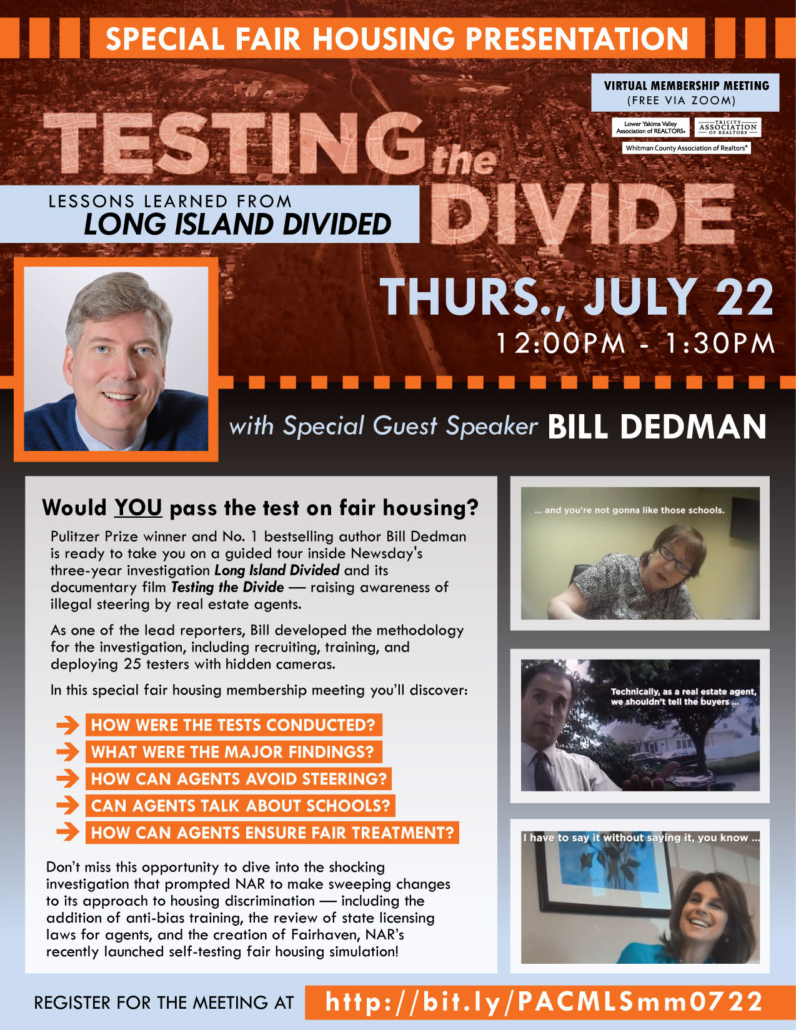 Would YOU pass the test on fair housing? Pulitzer Prize winner and No. 1 bestselling author Bill Dedman is ready to take you on a guided tour inside Newsday’s three-year investigation Long Island Divided and its documentary film Testing the Divide — raising awareness of illegal steering by real estate agents.

As one of the lead reporters, Bill developed the methodology for the investigation, including recruiting, training, and deploying 25 testers with hidden cameras.

Don’t miss this opportunity to dive into the shocking investigation that prompted NAR to make sweeping changes to its approach to housing discrimination — including the addition of anti-bias training, the review of state licensing laws for agents, and the creation of Fairhaven, NAR’s recently launched self-testing fair housing simulation!

Register for the meeting at:

Whitman County Association of Realtors15 hours ago
What’s more, homes are selling fast too: A quarter of home sellers said they had five or fewer showings before finding a buyer. Twenty-six percent had between six and 10 showings before selling. Nearly 10% say they had no in-person showings at all and were still able to sell their home.

Buyers aren’t lingering either: A quarter of sellers said they had five or fewer showings before going under contract, a new survey shows.
View on Facebook