Washington’s presidential primary election has been moved to Tuesday, March 10, one week after Super Tuesday on March 3. Although ballot packets arrive this Friday, Feb. 21, you may want to wait until Super Tuesday to verify your candidate is still in the running before voting, as some candidates usually drop out. 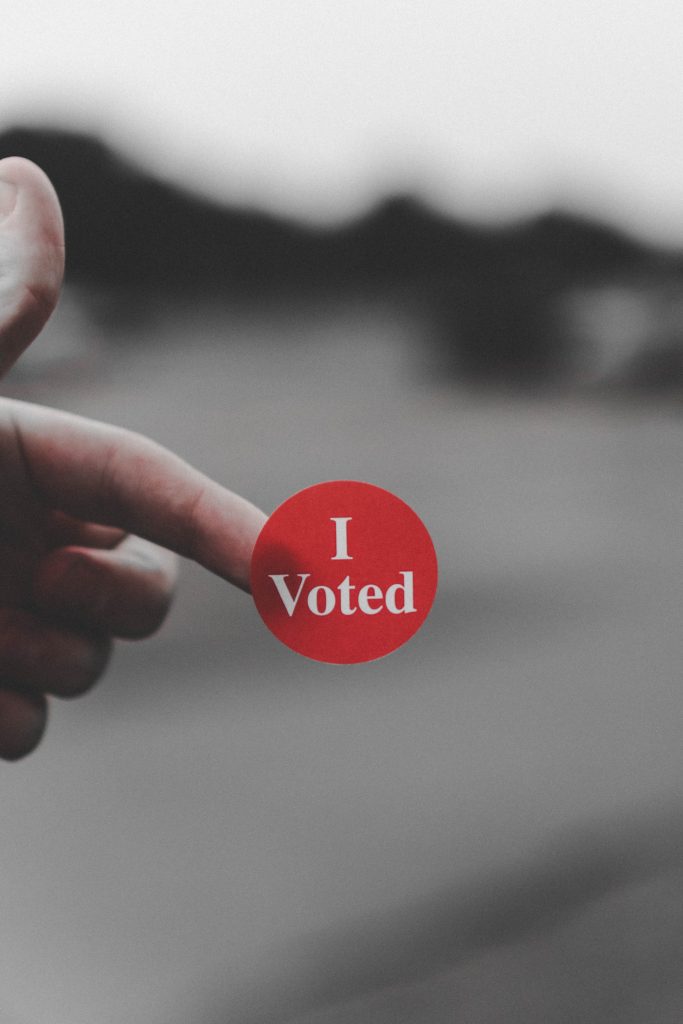 Your ballot will be mailed to you with a stamped return envelope if you’re registered by March 2, or it can be handed to you or printed from an online file if registering after March 2.

Contact the Whitman County auditor’s office for registration information, or if you haven’t received your ballot by Feb. 28.

Registered voters and those preregistered who will be 18 years old by the general election on Nov. 3 are eligible to vote in the primary. You can register to vote or update your voter information online through March 2. After March 2, you may still register or update your information in person at the Whitman County auditor’s office though Election Day on March 10.

Voters in Washington do not declare a party when registering to vote, but to participate in the Presidential Primary, you must mark one party box and sign the declarations on the return envelope.

Both the Democratic and Republican ballots will appear on a single (consolidated) ballot. Unlike other elections, you may only vote for one printed candidate on the entire ballot page.

If mailing your ballot, please mail by March 7 to ensure it’s postmarked by March 10.

If voting after March 7, your best bet is to put your ballot in your local ballot box. You can find a list of ballot box locations on the Whitman County auditor’s website.

If you’re notified that your ballot was rejected because you forgot to sign it, you can fix that by contacting the auditor’s office. You will need to work quickly because the time for certifying the primary is short.

For more information on the presidential primary please visit the Secretary of State website. 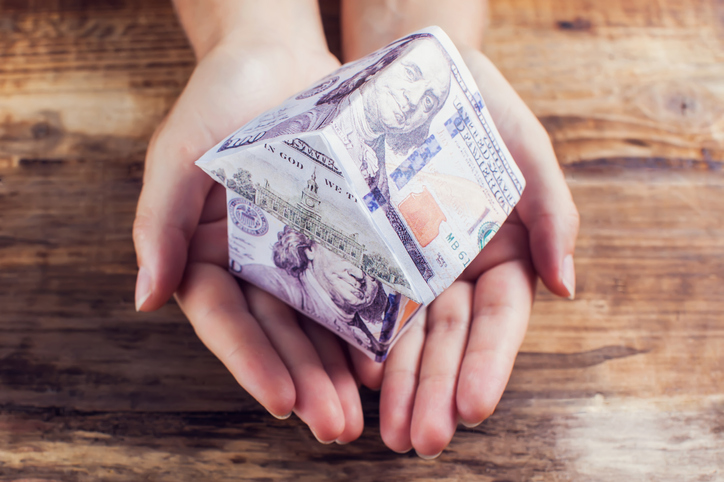 SEATTLE – The U.S. Department of Housing and Urban Development (HUD) awarded more than $2.7 billion to public housing authorities (PHA) in all 50 states, as well as the District of Columbia, Guam, Puerto Rico and the U.S. Virgin Islands. The funding will allow agencies to make needed capital improvements to their properties.

The grants are provided through HUD’s Capital Fund Program, which offers annual funding to approximately 2,900 public housing authorities to build, repair, renovate, and/or modernize the public housing in their communities. Housing authorities use the funding to complete large-scale improvements such as replacing roofs or making energy-efficient upgrades to replace old plumbing and electrical systems.

For more than 75 years, the federal government has been investing billions of dollars in developing and maintaining public housing, including providing critical support through the Capital Fund grants announced.

Since Congress authorized the RAD demonstration in November of 2011, early results show it is generating significant additional capital for distressed public housing. As a result, 130,000 public housing units have converted to a more sustainable Section 8 financing platform, all without any additional costs to taxpayers. Public housing authorities and their partners have generated over $8.6 billion to preserve or replace distressed units and support local jobs in their communities – all without additional federal resources. 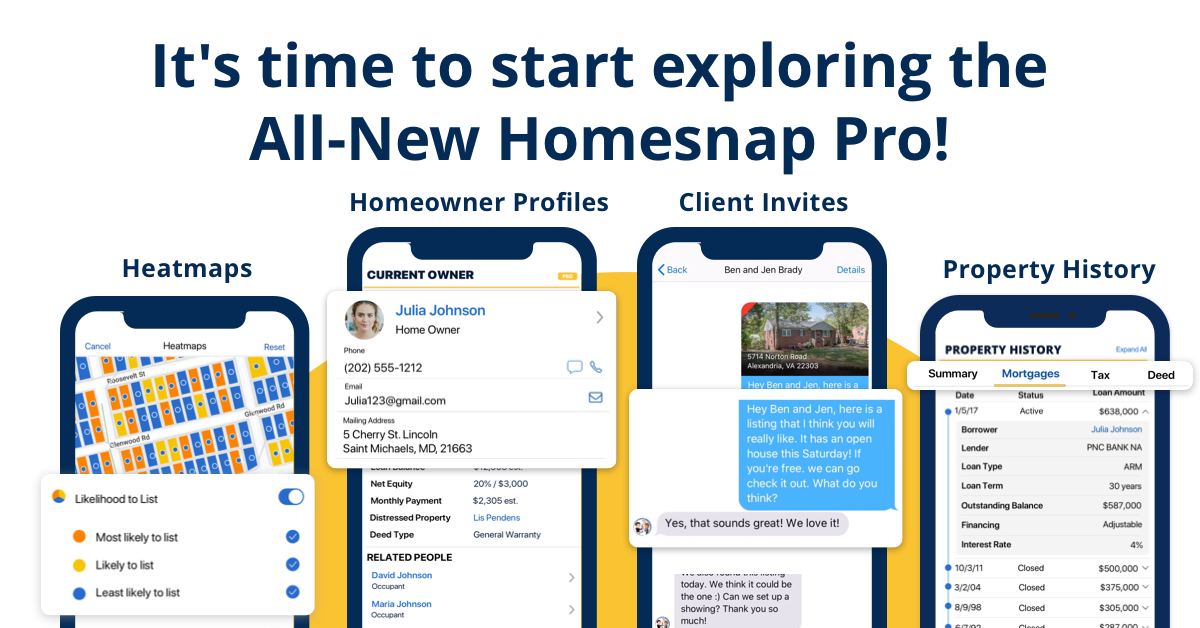 We’re so excited to announce that the All-New Homesnap Pro is now LIVE!

MLS agents have already had free access to Homesnap Pro as an included subscription benefit, but Homesnap just released the biggest update in its history, making it the only real estate search app you — and your clients — will need.

Homesnap has been conducting extensive research for the past three years on what technology real estate agents actually want, and now it’s providing it all in one easy-to-use app that’s deeply integrated with our MLS.

With the All-New Homesnap Pro, agents can now:

FIND SELLER LEADS BEFORE THE COMPETITION

An essential part of being a listing agent is finding seller leads, and now that’s easier than ever with new property heatmaps and filters for your priority zips. Use the app’s new Likelihood to List scores to identify the homes most likely to list in the next 12 months to improve your prospecting with Homesnap’s predictive algorithms. You also have free access to unlimited homeowner contact information, so you can instantly reach out to homeowners by phone or email. 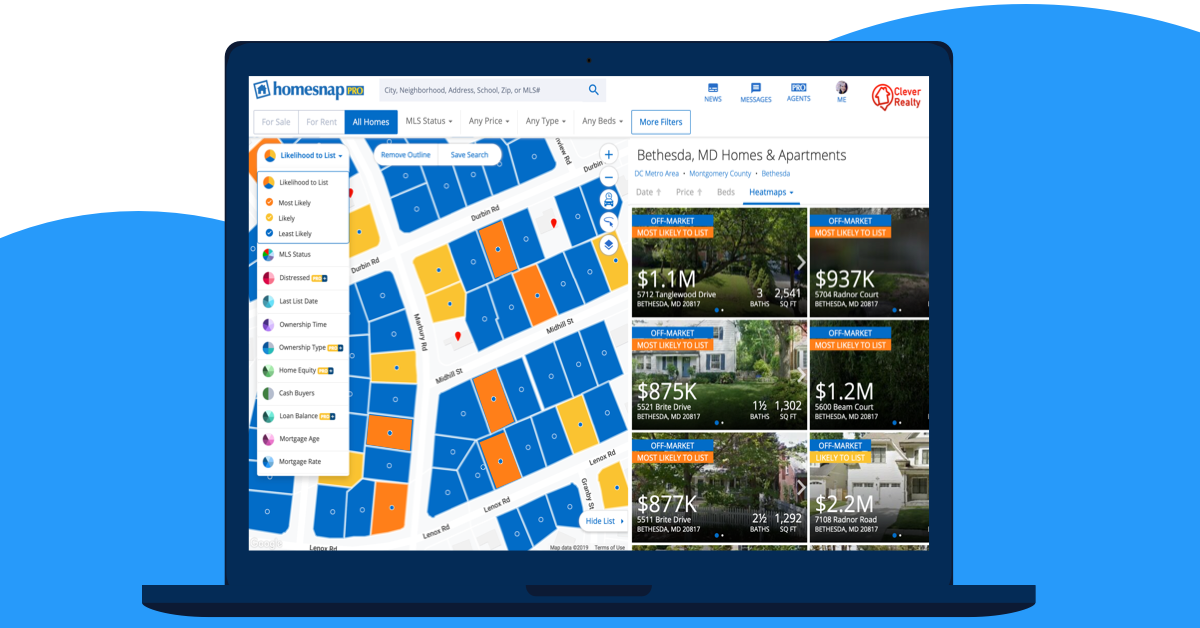 With the new Likelihood to List scores, you can identify properties that match your buyers’ search criteria but aren’t on the market yet. Pair their existing search filters with homes that are Most Likely to List soon, and you can expand their home search in a snap. Knowing the homeowner contact info from Homesnap, you can strike up a conversation with the homeowner and see if they’d be interested in selling. 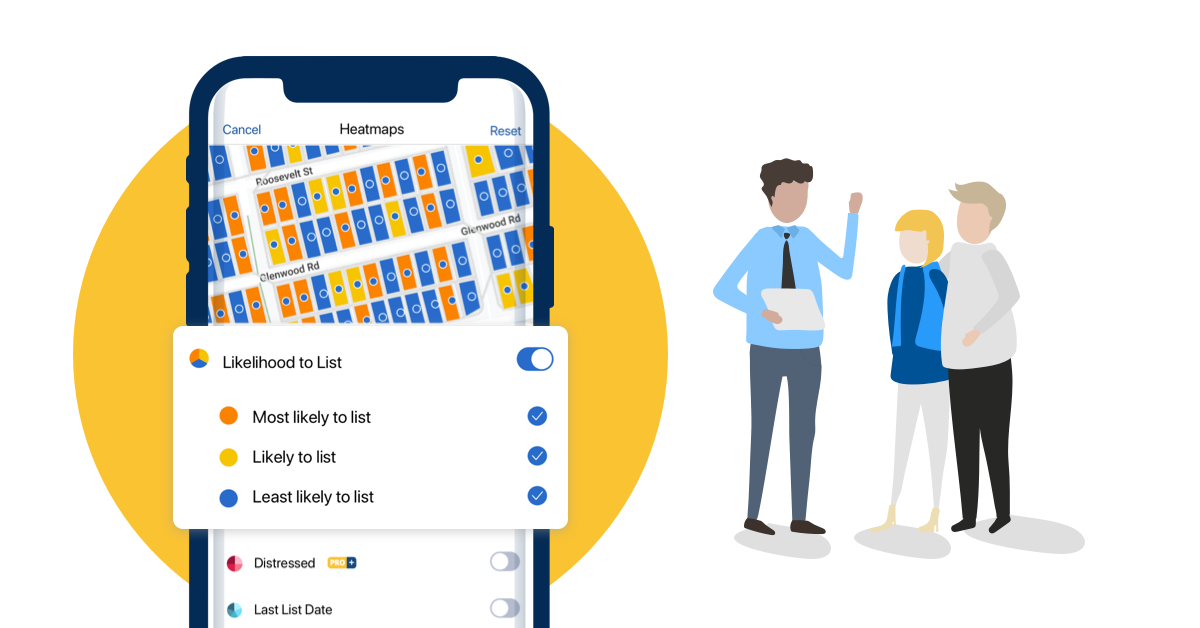 Make the homebuying process a harmonic one. Invite your buyers onto Homesnap so you can exchange in-app messages and get alerts when they favorite properties. Homesnap is like a safe haven for your clients, because they can get the same search experience as sites like Zillow and Redfin, without seeing any third-party advertising. Instead, they just get a seamless search experience powered directly by our MLS. 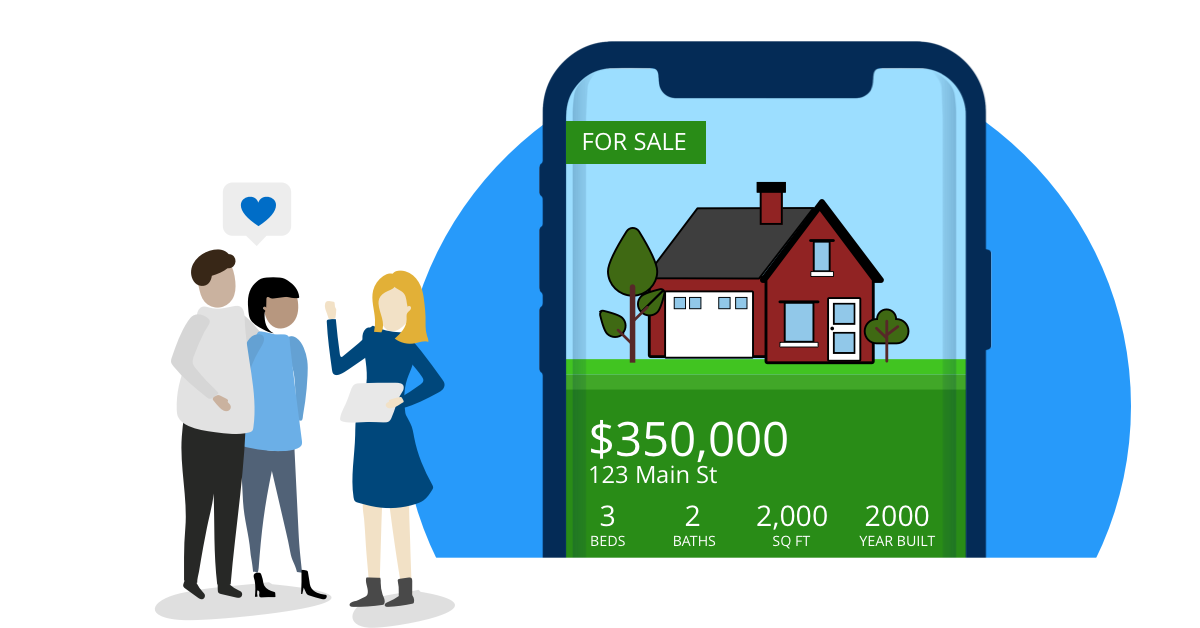 Homesnap is a safe haven for your clients, because they can get the same search experience as sites like Zillow and Redfin, without seeing any third-party advertising. Instead, they just get a seamless home search powered directly by your MLS.

With these advanced filters, agents and their clients will soon be able to search for the ideal home with unmatched precision. Say your client wants an apartment with a parking space and an outdoor pool, and is a 15-minute commute from her job. With the All-New Homesnap Pro, you can compound these stipulations into one search to find your client the perfect home.

If you don’t have the Homesnap app yet, download it in the App Store and Google Play Store. Or, click here to check out their website.