Check out the latest enhancements and fixes scheduled for zipForms Transactions from Lone Wolf! This month’s update includes a new feature that allows users to download signed documents in one-click, and a quick way to remove documents from a placeholder!

ENHANCEMENTS
1) Download signed documents in one click: we added a Retrieve Signed Documents button to the details popup of a signing in the E-Sign tab of a Transaction. With a single click, users can manually download signed documents that are less than 90 days old to the details popup of a signing. Note: currently, this is applicable to
DocuSign signatures only.
2) Easily remove documents from a placeholder: we added the ability to remove all documents from a placeholder containing a “stack” of previous versions by clicking on ‘Unfill Placeholder’.
3) New transactions copy alert: copying a transaction does not automatically update form versions and may result in the use of outdated forms. This is why we added a warning message that displays when a transaction is copied.

On March 8, 2021, the Department of Licensing (DOL) Real Estate Audit Unit will begin conducting audits remotely. Until further notice, audits will be conducted remotely instead of in person at the license location. This change will impact Real Estate Firms, Branches and Designated Brokers.

What does this mean to you?
You may be contacted by an Auditor to participate in a remote audit.

Be prepared for an audit.
Preparation is the key to any successful audit process. The real estate licensing laws require that records are up-to-date, accessible and furnished upon request.

Who do I contact if I have any questions?
Please email the Real Estate Audits Unit at REAudits@dol.wa.gov 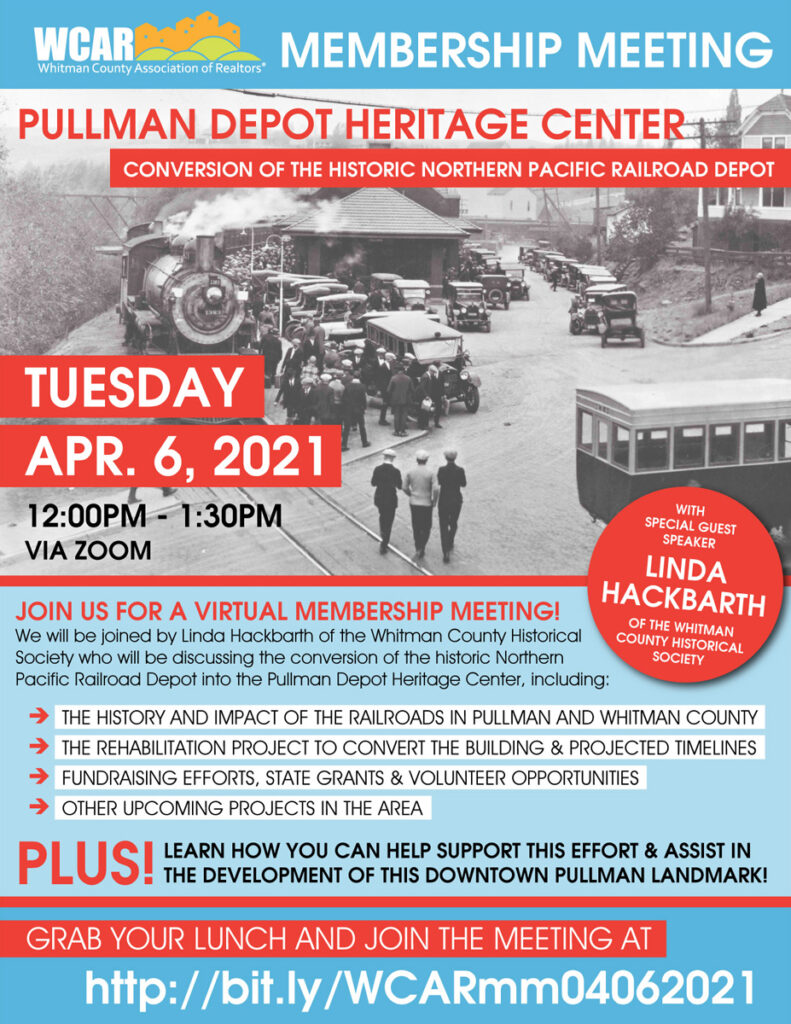 JOIN US FOR A VIRTUAL MEMBERSHIP MEETING!

We will be joined by Linda Hackbarth of the Whitman County Historical Society who will be discussing the conversion of the historic Northern Pacific Railroad Depot into the Pullman Depot Heritage Center, including:

PLUS! Learn how you can help support this effort & assist in the development of this downtown Pullman landmark!

We recommend you copy/paste this link into your calendar for easier access on the day of the meeting.